Women on Boards – the struggle continues 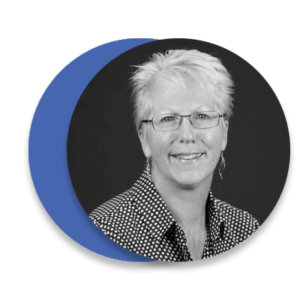 I’ve worked with some inspired and inspiring business leaders and directors. I’ve also worked with others for whom leadership did not come so naturally. Gender-wise though the split between the two has always been about 50:50. So I’m perplexed. Why is it that with so many truly accomplished and capable women in UK businesses that we’re still far off reaching the target cited by the Hampton-Alexander review1? That is, FTSE 350 boards to be comprised of 33% women by 2020?

Good, but not good enough
Things are moving in the right direction. Albeit slowly. A report published earlier this year by consulting firm McKinsey showed that, with 15% of executive roles held by women, the UK is above the global average when it comes to women on boards. The US is doing better at 19%, while our colleagues down under are striding ahead with that figure now reaching 21%.

Mind the gap!
When it comes to pay, for those that do reach those heights, the average pay for male FTSE 100 CEOs is 110% more than their female counterparts. The average male in role earns £5.9m compared to £2.7m for females, according to a report by the CIPD and High Pay Centre.

More women, greater success
“Having women on company boards leads to better financial performance” screams many a headline. In its second and oft-cited report “The CS Gender 3000: The Reward for Change”2, the Credit Suisse Research Institute reconfirmed the clear link that exists between diversity and improved business performance. It concluded that companies with at least one woman director received a better return on their investments, compared to companies with an all-male board.

But simply promoting a woman to a senior position clearly is never going to be enough to magically increase profits, or turn an ailing business’s fortunes around. If that were the case, shareholders would doubtless be clamouring for boards to include more women.

So why?
Ensuring women are better represented is a complex issue and one that won’t be solved overnight. It’s about culture, entrenched attitudes and a lack of recognition, historically, for the benefits of diversity. According to the Department for Business, Energy & Industrial Strategy3, when questioning executives at some of the UK’s biggest firms, it met with responses such as:

“We have one woman already on the board, so we are done – it is someone else’s turn”

The role of coaching
It would be wrong to put all the blame firmly on the shoulders of a few men’s reluctance to encourage women in to such roles. Assuming these are unattainable for women can become a self-fulfilling prophecy. Facebook’s Sheryl Sandberg famously encouraged women to ‘lean in’, to be more focused and to super-charge their own careers. Good advice, but not always easy to implement if your career path is a lonely one.

Women candidates who have the potential to succeed at this level, but for whatever reason are not realising it, might benefit from the support of an executive coach. Working with someone that is both trained and experienced in plotting such a path and negotiating such familiar hurdles. If this strikes a chord with you, or perhaps a direct report within your organisation, we should talk.